Some happy news, some sad news, and a birthday 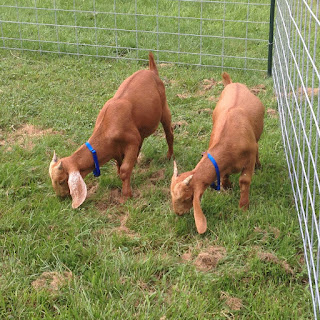 A lot has been happening on our farm lately. So much so that we've had a hard time keeping this blog updated!

In August we added two new baby goats to our farm as a "mobile mowing unit." Bruce and Banner have settled into their new role quite well!

We also added a rogue rooster, who wandered onto our property and has made his home with the goats. We decided to name him Tony.

And in December we will be adding three new alpacas to our herd! Jack, Bailey, and Ayden are three, two, and six months old respectively and will be wonderful additions to our farm family!

In sadder news, we had to say goodbye to Mister Bilbo, our angora rabbit at the beginning of this month. He had been fighting an infection and it finally got the better of him. We all miss him dearly but he will live on in his lovely fiber he gave to us through the years.

Last but not least, today is Speed Bump's 7th birthday! All the alpacas got some alfalfa and cranberry treats that they absolutely adore in c…
Post a Comment
Read more 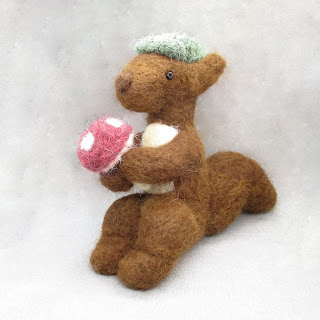 We're getting ready for our Studio Tour this weekend, August 3rd-4th. The farm will be open on Saturday from 10am-6pm and on Sunday from 12pm-5pm. It will be a part of the Ashe County Arts Council's Studio Tour which is spread out over the county in 15 locations. For directions to our studio as well as the others on the tour, please visit Ashecountyarts.org.


Our alpacas will be at the studio so you can meet them as well as our angora rabbit, Mister Bilbo. We will be doing fiber prep, spinning, and weaving demonstrations all day. Our full lines of products will also be available for purchase, including felted items like ornaments and soaps, handspun and hand dyed yarns, and woven scarves, shawls and purses. 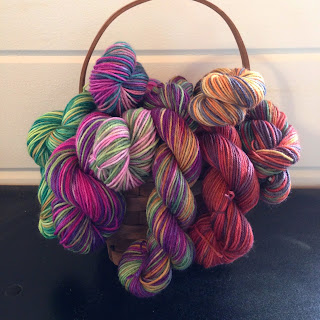 One week from today we will be in Columbia, SC at The Columbia Expo put on by Quilter's Gallery. The Quilters of South Carolina will also be having a quilt show with over 200 quilts on display.

We will be debuting our hand painted colors in 463 yard skeins of sock weight yarn. We will also have luxury small pet beds stuffed with alpaca fiber, hand spun yarn, and of course dryer balls!

For a dollar off admission either print or show the following on your phone at the door.

One Week Until Shearing! 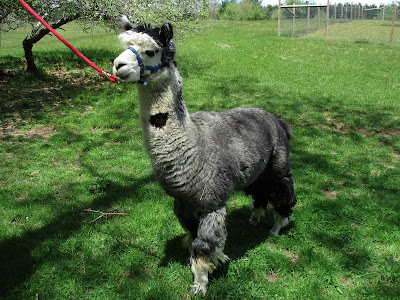 With only a week left until our shearing day, we took our boys out for a walk to get them comfortable in walking down to our garage where they will be sheared. (They stopped along the way for some good grass of course!) With the weather warming up, the alpacas will appreciate their summer haircuts! 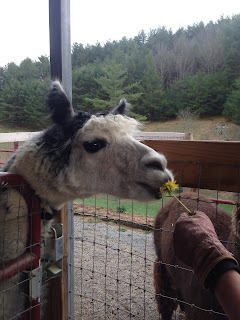 The weather is finally warming up and that means our first crop of dandelions has appeared on our farm! Three of our four alpacas absolutely love them, so we try to bring up a handful every time we go to the barn. 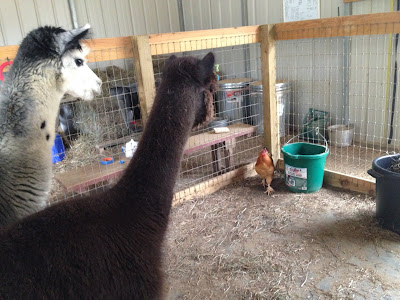 Our year started off with a bit of excitement. Two of our chickens, Augustus and Smidge, decided they couldn't stand each other and got into a knock-down drag-out fight. We separated the two of them, and ultimately decided Smidge would have to move up to the alpaca barn, since they were also bullying the other girls in the coop.


Poor Smudge and Speed Bump were a little unsure what to make of their new barn mate at first! Micah and Rio had seen chickens at their original farm and barely take any notice.

Now Smidge is all settled in and has the run of the barn! We often find them walking along the top of the stall fences or running up and down the back aisle, making sure they're in the middle of whatever happens to be going on!
On the production end of the farm, we've been busy spinning all new yarns, felting new ornaments and decorations, and weaving scarves and purses for this year's show season. The sky's the limit on what you can make with fiber and we're con…
Post a Comment
Read more

Winter Preparation on the Farm 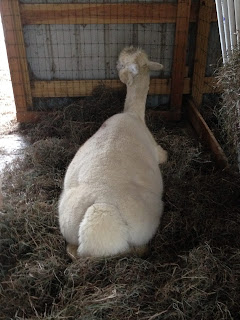 The calendar may still say fall, but winter weather has come to our farm! We take several precautions to make sure our animals are as safe and comfortable as they can be in these cold snaps. We've switched out all the water buckets for heated ones, hung tarps along the gates and fences to keep out the wind, and put down a good layer of hay for the alpacas to kush down into at night (if they don't decide to eat it all first!)


When the temperature goes way below freezing, Micah also gets to wear his dapper winter coat at night. His fiber length isn't quite as long as the other alpacas and being a bit older the colder weather seems to bother him a bit more.


We should be getting warmer weather later in the week, but we know we're in for a couple of cold winter months ahead!
Post a Comment
Read more
More posts